Yesterday, I was spontaneously taken to Startup School in New York by the founder at my internship. I was hesitant at first as I did not have any immediate plans to create a startup, but boy was I wrong!

Two minutes within entering Best Buy Theater, I’m standing next to Alexis Ohanian, co-founder of Reddit. From there, it only gets better. As I entered the venue, I heard and felt the energy of all the attendees, many of them who had successfully founded their own company and were looking to grow. I felt like I was in a roomful of people who were passionate about technology and had the same interests as me. And more importantly, I saw people who were in similar positions as I and managed to elevate themselves to a position I’d like to be in. 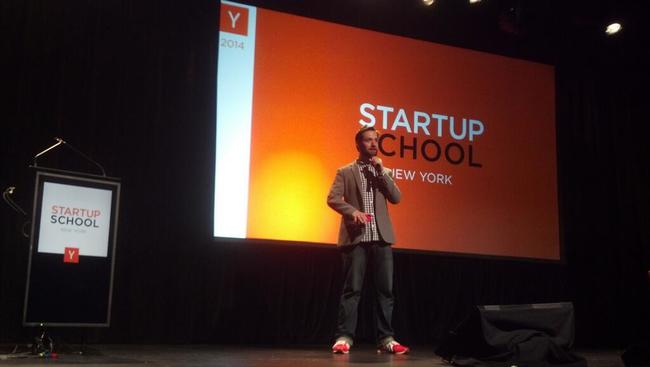 Shortly after we sat down, the event started and Alexis welcomed us all and set the stage for the rest of the night. Who better to introduce the event than someone who co-founded a company right out of college and was funded initially by Y Combinator.

I’d like to share some of the insights I gained from three of the talks (Other notable speakers were Chase Adam, Sam Altman, David Lee, and Apoorva Mehta.)

The first speaker was Shana Fisher, Managing Partner at High Line Venture Partners and a Board Partner at Andreessen Horowitz. She mentioned some great points during her presentation, regarding the philosophies and mentalities involved when starting up. Here are a few key insights I collected from Shana:

1. Take all the time necessary to perfect your product

Many startup founders follow the “done is better than perfect” mentality. During the early period of startups, that mentally was applicable, since you wanted to be one of the first ones in the space and market of your product or service. However, the early stages of starting up have passed, and now, the majority is lining up to bat. In order to stand out and make a mark, you have to provide quality service, which takes time to develop. There are thousands of startups already established, so there’s no need to rush. It would be better, Fisher advises, to spend time to improve and build out your product.

2. Learn how to manage people, not just your product

In an age where the presence of technology is exponentially growing, it can be difficult to place people first when it comes to business. But people are ultimately your users and they decide the fate of your startup and success.

It’s not only the users of your service that you should manage. Those who are working on making the service better, your co-founders and colleagues, are just as important, if not more. It is crucial to have a diverse team of individuals coming from varied backgrounds. Their unique perspectives are valuable to expanding your service and can sometimes take it in a new, but ultimately better, direction. Diversity is critical to building great companies and what better place to start than with your own team. 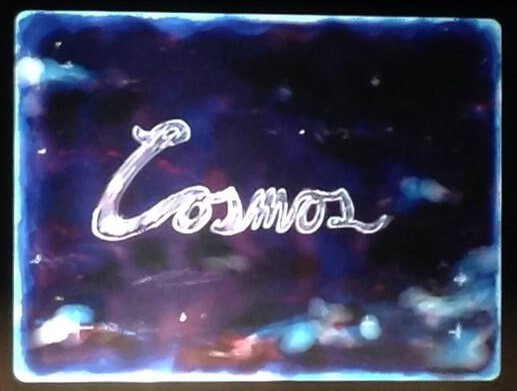 “You’re only going to achieve as big as you do dream.” Source: @PeterVOrtho

This is a very cliche statement, but its an important one. Like Shana, I believe in dreaming big, but starting small. Have your sights on seemingly impossible goals, but take the necessary small steps to get there. The lesson from the famous fable of the hare and the tortoise is to be not only slow, but also to be steady. As a founder, you don’t want to remain stagnant in one place. You must constantly grow and experiment. 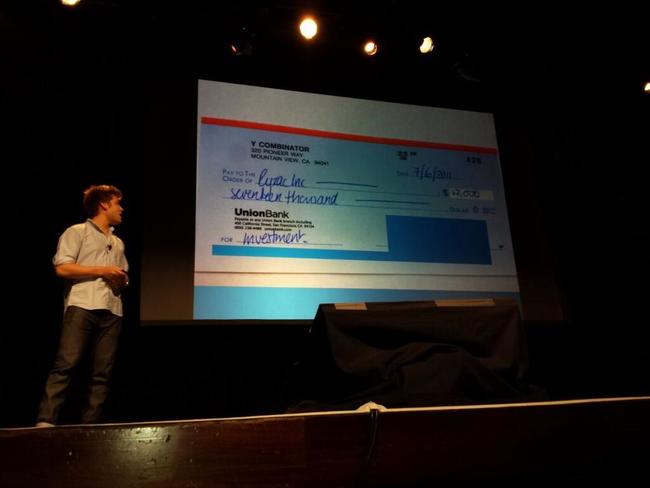 Next up was Zach Sims, the founder of Codecademy. I found his presentation very relevant (and hilarious!). It was perfect for a college student interested in entering the startup space. He told us his story of being a student at Columbia following the herd of students wishing to get jobs in the banking and consulting industry. He realized he couldn’t see himself in that position and decided to venture into startups.

Zach had many great points about the mistakes he made and provided some lessons that I’d like to share here.

1. You don’t know until you try

He started his story by saying that the Internet is the great equalizer. No one knows that you’re just a teenager (not from NYC or SF) and don’t have any business experience. If you believe you can solve someone’s problem, then there’s no reason not to get started.

Many people today are held back by the belief that no one would want to listen to what they have to say or that they don’t have the necessary skills or experience to pursue something big. Sims’s answer is “you don’t know until you try.” Nine out of ten times you will fail in the beginning, but that failure is necessary to succeed. I’d like to share a quote from The Talent Code: (I recommend reading this book for anyone who wants to be the best at what they do, which should be you!)

Making progress became a matter of small failures, a rhythmic pattern of botches…

2. It is much easier to build for yourself

Zach, along with his co-founder Ryan Bubinski, created Codecademy to teach people how to code. The intent of the idea was to teach people like Zach and his mother how to code. When you’re building a product or service, it’s easier to build something you will use, since it would be easier to see where the fundamental flaws of your service are. You can view things from the user’s point of view, and empathize with your customers.

3. There are new challenges at every step along the way

This was one of the most important thoughts I gathered from Startup School: most startup founders didn’t know what they were doing in the beginning. They didn’t have a concrete plan, nor did they prepare every move they were going to make. Obstacles will come and go, but you must learn to not be afraid of them. Rather, you should overcome them and learn from your experiences to move forward.

As an outsider, when reading about companies and their founders, I tend to form the idea that they knew early on what they wanted to do and everything was going as planned for them. Although that may not be the case behind the curtains, it’s their successful moments that are highlighted (related to Kathryn Minshew’s point which I talk about below). As long as you have the drive to make your idea come true and are not taking “no” as an answer, then you’re destined to reach new heights. 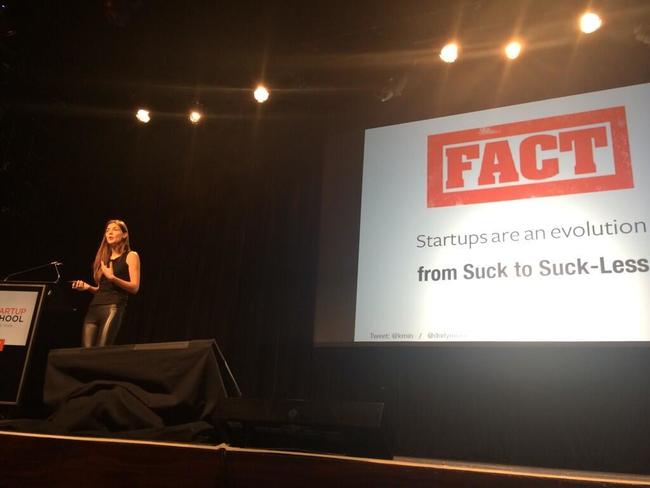 Kathryn Minshew of The Muse defining a startup. Source: @iamjuca

1. Be insanely persistent, but insanely polite, too

When it comes to persistence, there’s a limit. However, most people stop trying after the first rejection. What makes startup founders unique is their ability to put the rejections and negative opinions of others behind them and continue to pursue their dream. All odds may be stacked against them, but the ambition and drive that these founders share is laudable. As stated by Mark Suster, tenacity is the most important attribute for success in an entrepreneur.

Politeness is a trait, I believe, more and more businesses are possessing as its advantageous for both the business and the customer. Great customer service has been on the rise for the past few years as companies realized the impact it can have on both current and potential customers. Just today, Fred Wilson, who was also a speaker at Startup School, wrote a blog post about being nice and building your reputation.

Persistence is polite and considerate, because it shows that you understand how busy people can get. It also shows how much you care.

This statement stood out the most for me. It is so easy to fall into the trap of seeing others enjoying their success and becoming depressed. It’s important to realize they had their ups and downs and endured their hardships to reach a point of success. It would be foolish to compare their wins to your struggles. In fact, their success should serve as motivation to continue your pursuit and strive to reach that level.

Before I end, I’d like to thank Jonathon Ende for introducing me to Startup School and giving me the opportunity to attend. As you can see, I’ve learned a lot from just a few hours of hearing successful people talk. I would encourage anyone who is young and is interested in starting their own company to attend an event like Startup School.